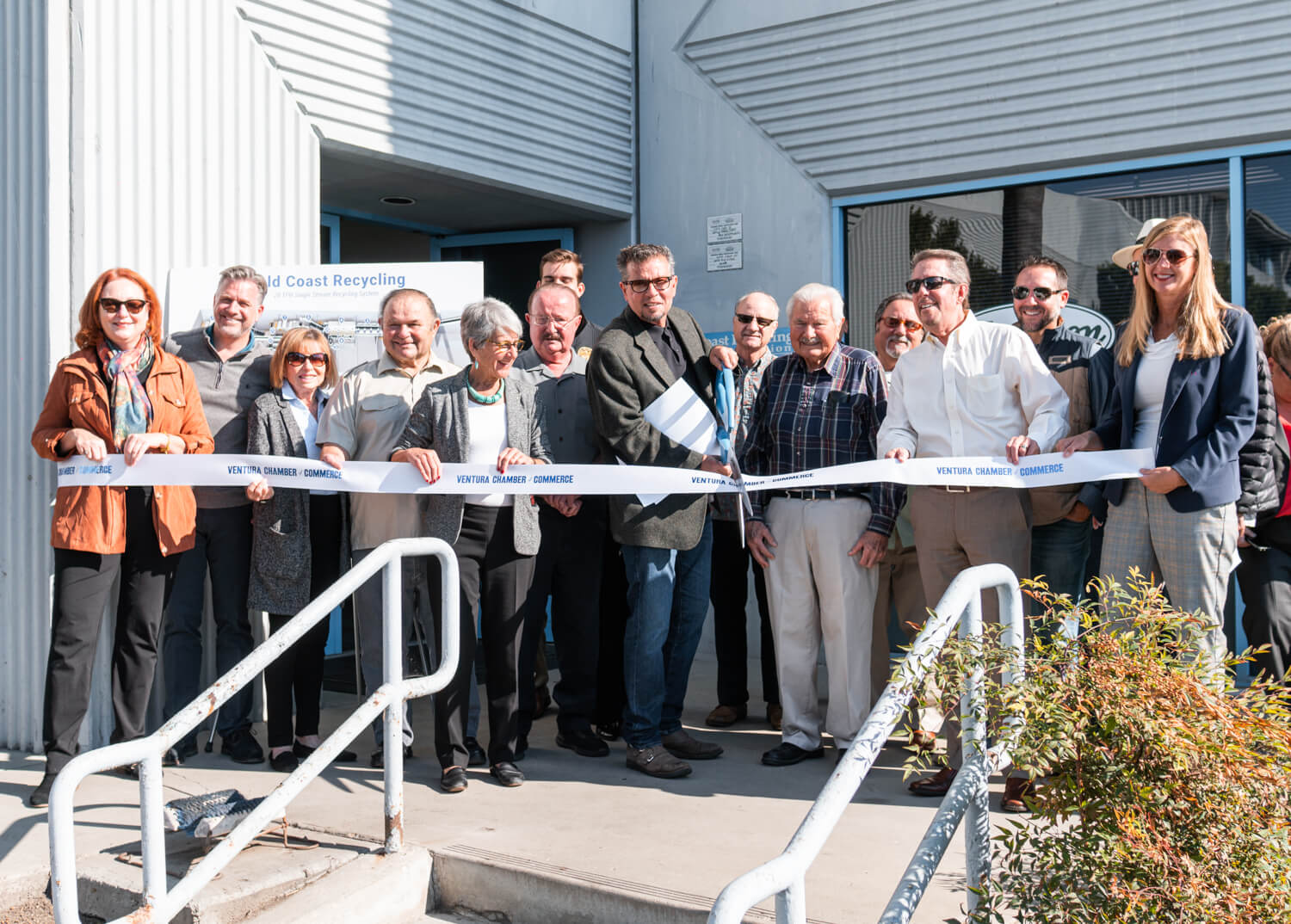 Commemorating our first 30 years in business, we at Gold Coast Recycling were happy to welcome a host of local dignitaries and others on Monday, Nov. 25, to see our facility and to officially cut the ribbon on our new state-of-the-art sorting, picking and baling systems.

The two-hour event drew about 150 invited guests to Gold Coast, at 5275 Colt St. in Ventura, for brief speeches and commemorations, the ribbon-cutting and hard-hat tours through our massive recycling operation, followed by lunch from In-N-Out Burger and cake.

George also addressed with the crowd the recent downturn in the recycling industry, generated by the recent loss of China as the world’s premier buyer of recycled materials.

“China’s decision to no longer accept material for recycling has sent the marketplace into a downward spiral,” George said. “Other countries are trying to accept recycled material, but they have the tough requirement of 1.5% contamination. However, because of this new equipment you will view today, we can meet their tough requirement.

“We did the right thing and invested millions to upgrade our equipment so that we can produce the material that meets this new tough standard, so that we can survive in this down market,” he said. “Today we can produce the material quicker and cleaner AND we are selling it – not for the same higher prices but for GCR it is (landfill) diversion that counts.”

Two clear messages resonated throughout the Gold Coast event: “We’re not going anywhere,” as George assured the crowd; and, “Don’t stop recycling!” as our spokeswoman and event emcee Nan Drake stressed. “We mean it,” Drake said later, “and we were glad to show that to the elected officials.”

Also at the event, we announced the launch of this new website and our new drone video that gives viewers a bird’s-eye view of the operation.